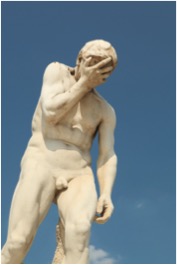 ED is the persistent inability of a man to achieve or maintain his erection firm enough for sexual intercourse. It has been estimated that up to 40% of men by the age of 40 would have had at least an episode of unsatisfactory sex due to his manhood not rising to the occasion (pun intended).

For a man to have a good erection, he would need blood to rush into his penis quick enough and for the blood to stay in the penis to keep it rigid enough for penetration. Hence, most of the time, the cause of ED is vasculogenic (i.e. due to blood flow issues). Vasculogenic ED can be treated with oral medications like PDE5 inhibitors and injectable vasoactive agents. Adjuncts like vacuum erectile devices have also been used to improve erections in men.

Lately, there have been encouraging results with the use of low intensity extracorporeal shockwave treatment (LiESWT) to literally shock the penis back to life. Results are not guaranteed for all men and one should seek professional opinion regarding this form of treatment.

Placement of a penile prosthesis or penile implant is also an option for men who want a permanent cure to the problem of ED. This is a surgical procedure performed by a trained prosthetic urologist in an ambulatory surgery setting with the man only having to stay overnight in the hospital. He will then be able to use the prosthesis after 6 weeks. To date, this is the form of treatment that gives the best satisfactory result to both the man and his partner compared to all the other forms of treatment.

PE is the inability to control ejaculation before and shortly after insertion of the penis during sexual intercourse. 1 in 3 men in the Asia-Pacific are experiencing some form of PE and almost 30% of men with PE say that it causes them to avoid sex completely. 40% of women who have male partners with PE likewise end up avoiding sex completely in their relationship.

PE is treatable with prescriptive mediations as well as behavioural therapy. Some men with ED also have PE as a result of ED.

Penile curvatures affect the man's self image as well as the physical act of intercourse. This can also result in the man complaining of ED due to either fear of causing pain to the partner due to the deformity or causing pain to himself.

Curvatures that have been present since birth can be either due to frenulum brevie or congenital penile curvatures. These would have to be treated surgically.

Treatment or PD range from oral medications to injectables to penile traction devices to different surgical procedures to achieve a functionally straight penis so that the man can resume his sexual activities comfortably.