Urinary problems, also known as lower urinary tract symptoms or LUTS, are seen not just in men but also in women.

LUTS can largely be divided into storage symptoms versus voiding symptoms.

LUTS are NOT acceptable symptoms of growing old. LUTS in men are not always due to an enlarged prostate, although it is the most common cause in men above the age of 50. Men or women who develop new onset of LUTS should be evaluated by the urologist. 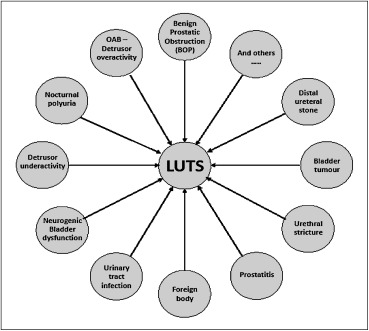 As there are many causes of LUTS, one would expect a variety of treatment options are available. A trip to the urologist's clinic would clarify matters and nick the problem at the bud!

Do you have urinary problems that need an evaluation by our urologist?